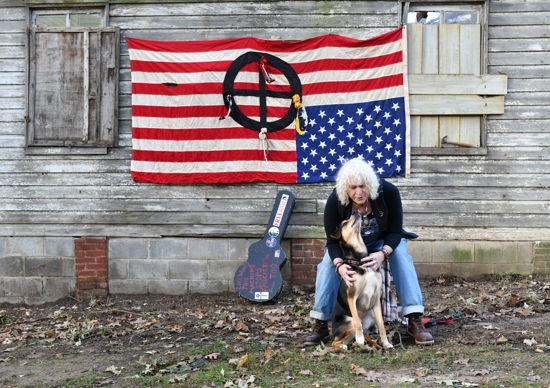 Georgie Jessup’s songwriting is influenced by everything from old school country to Memphis R&B, placing her music firmly in the “cosmic” Americana Music genre. Her lyrics reflect her outspoken advocacy for animal rights, Native American issues, transgender rights and environmental sanity. “Georgie sings from the heart, like a rare flower in a wilderness,” says blues diva Candye Kane. “She speaks to us about the deepest issues. Issues that all of us should care about, but so many of us pretend don’t affect us.”

She has released six CD’s:

American Holocaust, Woman in A Man’s Suit, Working Class Hero, Philosopher Dogs, When Santa Was A Pagan, and My Work Here Ain’t Yet Done.

She is the subject of an award-winning documentary film,
“Woman in A Man’s Suit.” 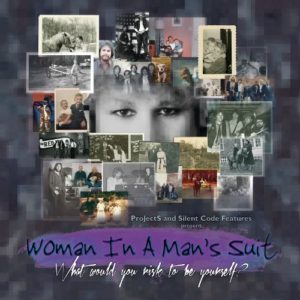 “Woman In A Man’s Suit” film, winner of the Festival Favorite,
Roanoke International Film Festival
(Pride In The Arts)

The past few years she has been doing live performances, solo, and as a member of The Cosmic Cowgirls, at local venues. 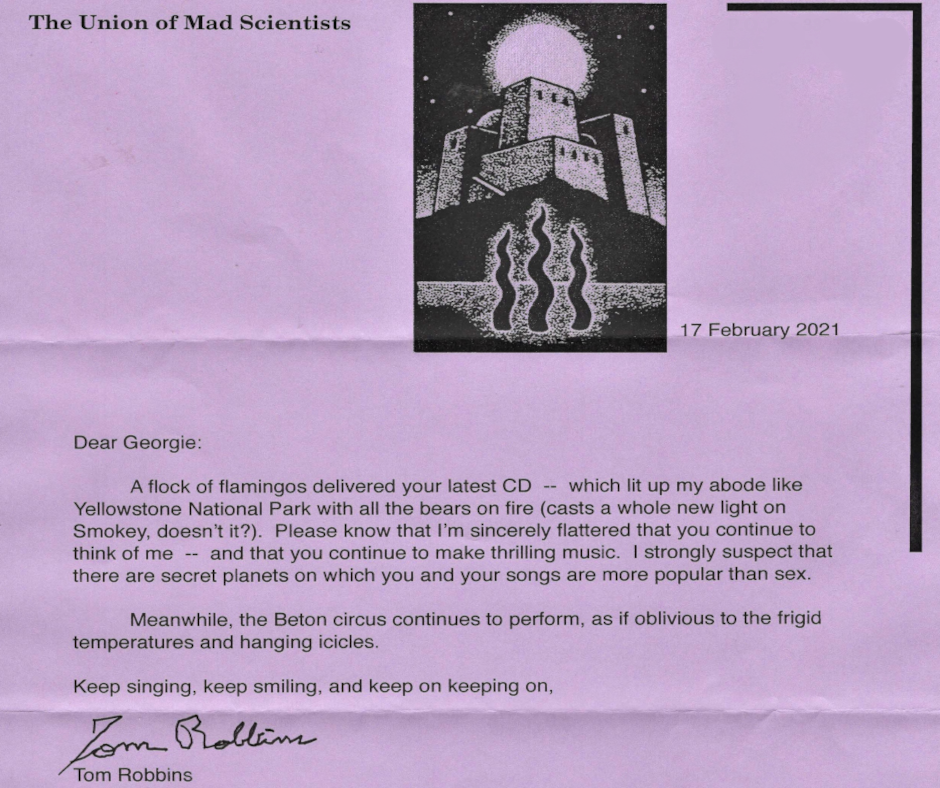 “It takes a lot of balls to put the words “American Holocaust” on the front of an album cover… especially when the back drop is a picture of Mt. Rushmore. I like that. …So I will keep the albums American Holocaust & Woman In A Man’s Suit] within listening range…. As they say…’keep up the good fight’.“ Cary Swinney: Johnson Grass Records – Texas

“…Georgie and co-producer/engineer, Steve Carr, masterfully crafts the scenes behind her vocals and she stays true to her Americana music brand whether it’s a work or protest song, getting back to nature/environmental consciousness, a tribute to hero and family, traveling (either walking life’s road or riding a pony), fighting or not fighting, and hard work – they’re are all in there.”
“…My Work Here Ain’t Yet Done is like looking at a wide screen canvas painted with colorful sound placed in perfect balance.”
Akira Otsuka Musician and producer of “Epilogue: a Tribute to John Duffey” (Smithsonian/Folkways label)

“…In her recording, My Work Here Ain’t Yet Done, Georgie Jessup has done it all. Every step of the process described above has been thoroughly worked through and beautifully realized…
…Aided by an array of excellent musicians, Georgie has created a most listenable and engaging recording. A lyrical line from one of her songs reads “Let My People Know My Journey,” and that’s exactly what Georgie has done in this recording…and with great style and heart!”
Dede Wyland
www.dedewyland.com
Patuxent Recordshttp://www.pxrec.com/

“Every once in a while a performer comes along whose very presence makes the establishment nervous! Every once in a while a singer will ask us
to define what freedom really is. At some point there will come a songwriter who bridges the gap between tradition and expanding our minds; an artist who will take us on a journey to places found at the edge of night and bring us to the dawning between the light and the darkness and finally to the balance within us all. Georgie is that balance!”
Jackie Shieldwolf, nationally known tattoo artist, Brooklyn Park Tattoo

WHEN SANTA WAS A PAGAN (EP)
“…here’s a good Christmas song. I wanted to find some songs that weren’t the usual cliché, the cliché cheesy Christmas songs, that people usually do. So I tired to find a few different ones and I found this one, it’s great! I wanted a more of a Pagan Yuletide feel as opposed to Christmas, but it’s really both. But is really a great Christmas song and its called When Santa Was A Pagan, originally sung (and written) by Georgie Jessup…”
Marc Almond ( Soft Cell lead singer – 1980s top forty hit “Tainted Love”)
Sung and recorded live for his “Goodbye 2020 Christmas Show”]