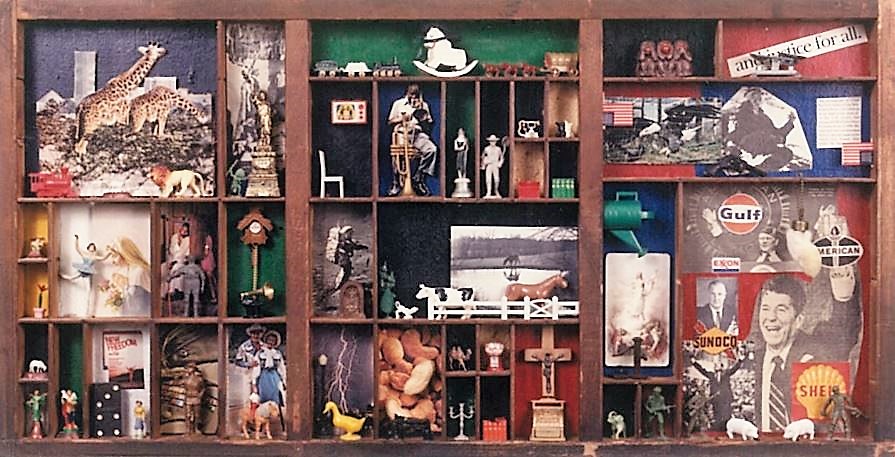 My brother had a printing business in the basement of my folks home. He started out with an old flywheel lead type printing press. My brother had two cabinets that the type case drawers slid in to.

An old friend I was involved with was a very good artist but she became partially paralyzed due to a virus. She asked my brother for one of the boxes and she made the first shadow box I ever saw. It was pretty generic but it sparked my idea that I could use the boxes to tell a story.

I did my first box around 1980 and I suppose I have made over 20 boxes over the years. Most were done as gifts for friends and family. I had my first showing at Montpelier Arts Center in Laurel, MD back in 1983. I also had a couple of shows at various coffee houses, cafes, and bars, over the years. Some shows I combined with my music performance.

Below is The Philosopher Dogs CD’s box. 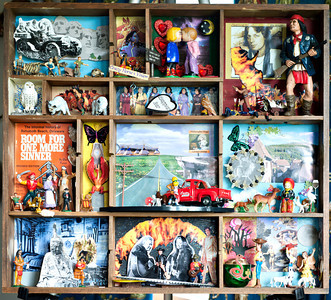 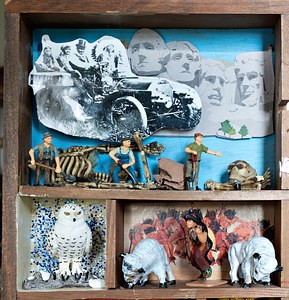 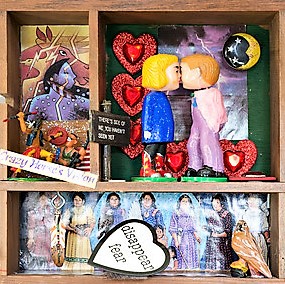 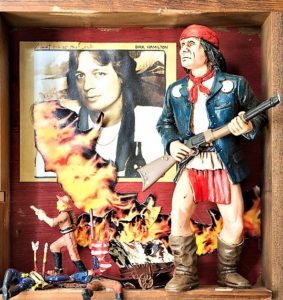 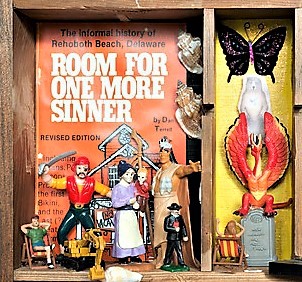 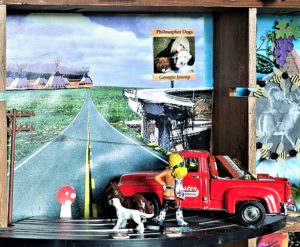 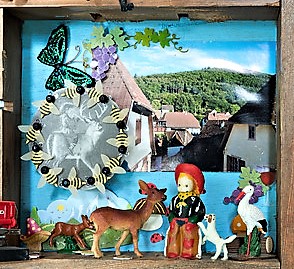 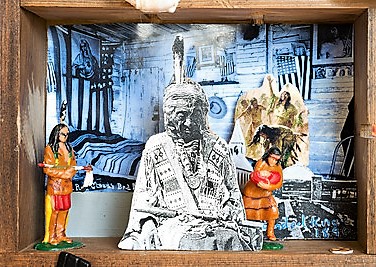 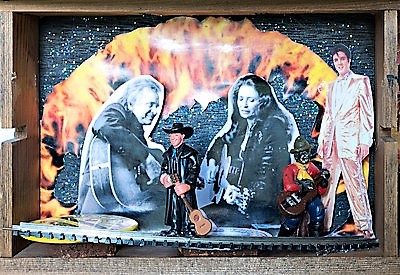 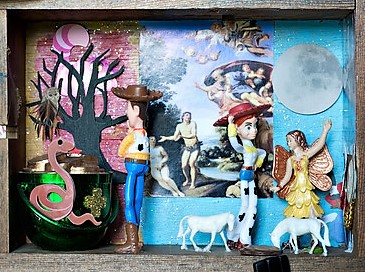 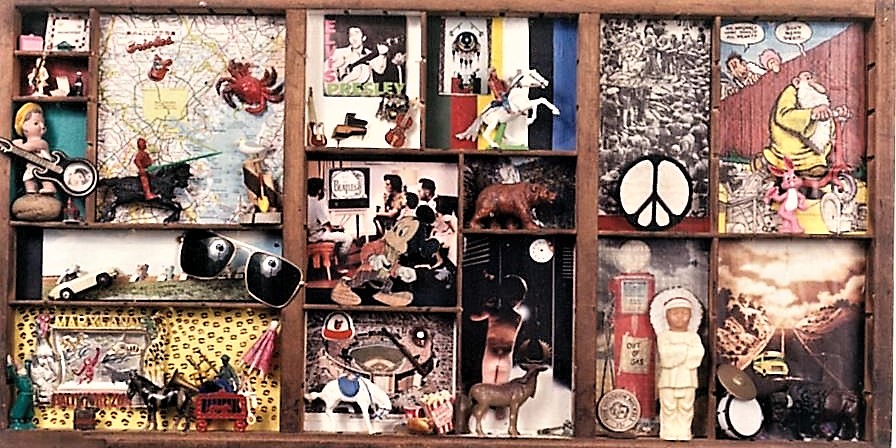 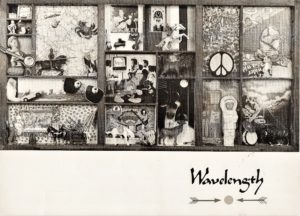 A photograph of this box, taken by John Wyatt Wright, was used as the front cover for Wavelength’s

promo pack and the cassette cover. 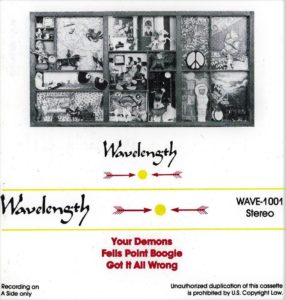 Boxes for Friends and Family