The Cosmic Cowgirls are a delightful trio of talented musicians, singers and songwriters, each bringing their original material and style to the stage. 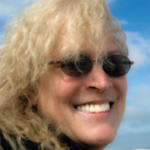 Georgie Jessup’s songwriting is influenced by everything from old school country to Memphis R&B, placing her music firmly in the “cosmic” Americana Music genre. Her lyrics reflect her outspoken advocacy for animal rights, Native American issues, transgender rights and environmental sanity. The subject of an award winning documentary film, “Woman in A Man’s Suit,” Georgie also has four, well received, CDs available. “Georgie sings from the heart, like a rare flower in a wilderness,” says blues diva Candye Kane. “She speaks to us about the deepest issues. Issues that all of us should care about, but so many of us pretend don’t affect us.” 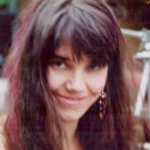 Washington native Christina Van Norman has been playing her guitar and singing around the Baltimore-Washington area for over twenty years now.  She has played with numerous bands including the Beltway Bandits, Edge City, Billy Kemp and the Paradise Rockers, Anonymous Bosh, as well as with her current band, Cryin’ Fridays.  Christina enjoys writing songs about the rain, her dogs, love, conspiracy, and the miserable state of the world. 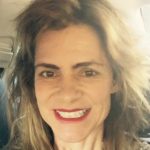 TinaMarie Kaarsberg—descended from the concert master of the Leipzig Philharmonic—was the only one of his descendants who stuck with playing the violin as she grew up in Alberta, Canada; Seattle, Washington, and Green Bay, Wisconsin. On her 7th birthday she was given her first fiddle, a hand me down from her older brother.  At 10 she started professional lessons.  Her first 3 years she played along with Beatles on the radio and with her elementary school orchestra, where she learned to read music and classical technique.  While spending the summer with her godmother in New Mexico at age 12,  she taught herself to play guitar and played along with her cousin’s recording of the Grateful Dead.

Tina Marie started playing mandolin when she was recruited by her best friend in the Green Bay Youth Symphony, Kathryn Foxx, to play with Dan Shaloub in a band they formed, “and More,” that debuted at the Mole Lake Bluegrass festival in Northern Wisconsin. At Yale College she played at local contra and square dances, and starred as the Fiddler in a Yale production of “Fiddler on the Roof.” During a summer internship in New York City she fell in with a group of Old Time players in Washington Square park and attended festivals. There she learned to clog, flatfoot, and play old time fiddle simultaneously.  “I was taught formally to read music and I always played by ear with radios and recording—I go both ways” says Tina Marie.

TinaMarie’s interest in bluegrass began in high school and her backup plan, had she not been admitted to Yale, was to join her friend Kathryn Foxx at South Plains Junior College in Levelland, Texas.  The daughter of two professors, she wanted to get a degree in Bluegrass, but instead took four years of Music theory at Yale College and performed jazz standards in an all women acapella singing group—the Proof of the Pudding. Graduating with a minor in music and then a master’s degree, she resumed her music career in Boulder Colorado. There she played for 6 years with Larry’s Irish Band. Receiving her Ph.D., she moved to the Washington DC metro area and played with a band comprised of PhD Federal employees called “the Bluegrass Bureaucrats” and also “the Sugarloafers”.  After the early death of the leader of the “bureaucrats” she began to learn banjo and songwriting and has 21 copyrighted songs.

In Fall 2017 she joined the Cosmic Cowgirls, after playing informally at jams with them for many years.